Knowing The Difference Between Dynamic And Static Hydraulic Seals

If you're looking to understand the types of hydraulic seals available, you came to the right place. There are a variety of seals in this category, and it can be confusing to understand the appropriate situations to use them. However, follow the guide below and you'll be a know-it-all in no time:

Firstly, there are two major categories of hydraulic seals: dynamic and static. Here's the difference:

Dynamic seals, as their name suggests, seal two components that are moving relative to each other. For example, a hydraulic cylinder will have a rod system that is sealed with hydraulic seals. This occurs with a piston rod and head: the rod and head are sealed dynamically and the piston sealing system is what maintains the seal between the cylinder bore and piston. Static seals are different.

In a hydraulic cylinder, each seal does a specific job. Pistons create a seal by acting as a barrier that forces pressure on the fluid and keeps the cylinder's fluid going at the same pace when rotating and maintaining the correct positioning when in rest. Rods act as sealers by regulating the fluid which is an extension of the piston rod itself. Rods also act to prevent corrosion and even provide lubrication for the wiper seal. It also accepts the film (of lubrication) back into the component that houses the cylinder when the rod reverts to its previous position.

The buffer functions as a seal by shielding the rod from peaks in fluid pressure. The rod is then able to perform better due to gradual pressure changes. The wiper seal prevents contaminating materials from entering the hydraulic system. Then there are guide rings, which make sure that metal-on-metal contact between any two components of the system doesn't occur.

It is important to understand that in the majority of auto-mechanics, dynamic seals are used in applications that require or allow movement of the components. Static seals are also used, but they are usually a part (while important) of a larger system of dynamic components. Knowing how static and dynamic seals work will help you diagnose mechanical problems quicker in the future. 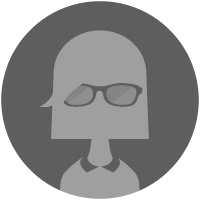